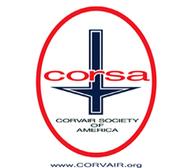 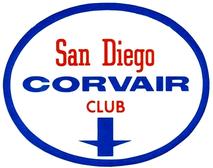 Brief History of the Chevrolet Corvair

The Chevrolet Corvair was produced from 1960-1969 with 1,786,243 units completed. It was designed by General Motor’s own General Manager Ed Cole. It was GM’s plan to produce a compact car to compete with the imported European car such as Volkswagen. Instead of shrinking down previous car designs like Ford and Chrysler, Ed Cole dreamed up the Corvair, a rear mounted, air-cooled engine with a uni-body. This design would land Ed Cole on the cover of Time magazine and would earn the Corvair Time magazine’s car of the year in 1960.

model trims. Later in the spring Chevrolet released their Monza version of the Corvair.

models dubbed the Greenbrier and the Corvair 95, and a pickup called the Rampside. 1962 brought along a turbo-charged engine, the second production car to feature factory installed turbo, just a few months later than the first. The last year of the early models saw an increase in engine displacement from 145 cu. in. to 164 cu. in. which would help increase the high performance engine model to 110hp from the previous 95hp, as well as, a transverse leaf spring for the rear suspension.

Chevrolet saw a decline in Corvair sales. 109, 800 were sold in 1966 compared to the 220,000 sold in 1965. By 1968 only three models (500, Hardtop Coupes, and Monza Convertibles) remained in production. Although interest was dwindling, the late models Corvairs were still produced until 1969 on an off-line area of the production plant in Willow Run.

General Motor’s goal of creating a compact economy car turned into quite a following for those seeking a “sporty” car. There were many factors other than Ralph Nader (National Highway Traffic Safety Administration 1972 report debunked Nader’s claim singling out the Corvair over safety concerns) that lead to the production demise of the Corvair. With the combination of Chevrolet deciding to produce other vehicle models to compete against rival companies, production costs, and harsher emission laws, the Corvair saw its days numbered.

For a more in-depth history of the Corvair, click here.